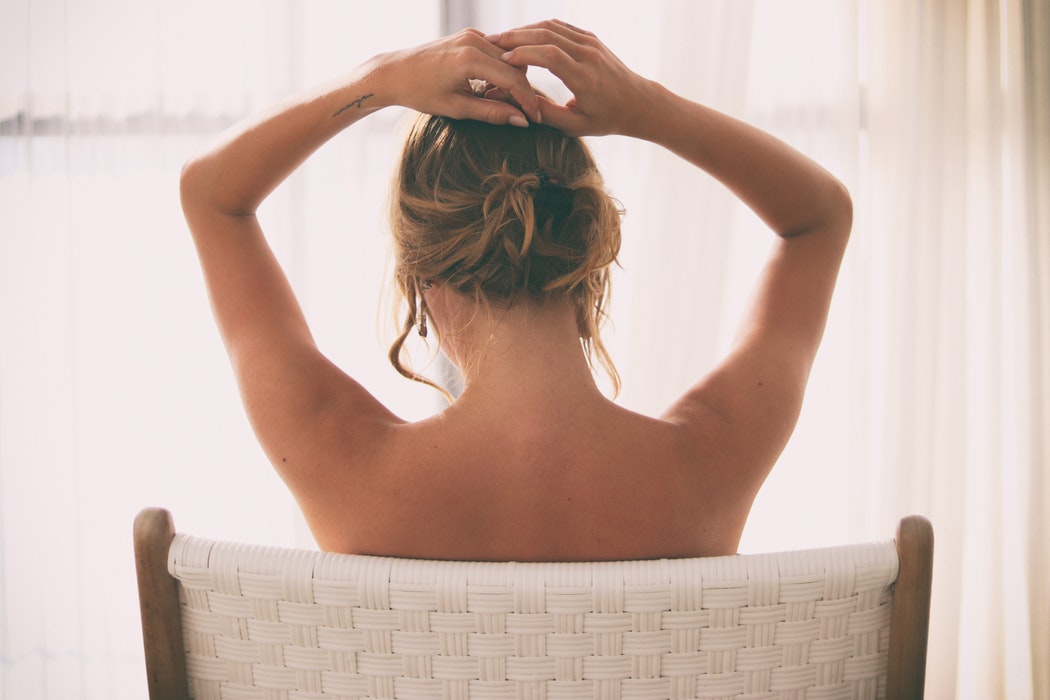 If you have difficulty conceiving a child, here are some facts you should know:

Women are born with all the eggs they will have during their life. When a woman reaches puberty, she has about 450,000 eggs. At that time, your body begins to produce the hormones that cause the eggs to mature and release. The average menstrual cycle lasts 28 days. At the beginning of each cycle, a group of follicles (most of them containing an egg) begin to grow and develop using Follicle Stimulating Hormone (FSH). Only one of these follicles reaches a dominant stage. The others follow a natural process of follicular atresia (they die). During the second week of your cycle, the follicles produce estrogen that stimulates the brain to release luteinizing hormone (LH). Estrogen helps to thicken the uterine wall (endometrium). It also stimulates the cervix to produce fine, slippery mucus in which sperm can swim. Ovulation occurs when the rise of LH triggers the release of the ovum by the dominant follicle. At this stage of the process, the follicle is called corpus luteum. The corpus luteum produces another hormone, progesterone, which prepares the uterus to receive the fertilized egg. If the egg is not fertilized by a spermatozoon, or if the fertilized egg does not implant, the corpus luteum begins to shrink, the progesterone level decreases and the uterus begins to remove the membrane that was lining it. menstruation begins and the cycle begins again.

The most common causes of decreased fertility in women include:

Fertility declines as a woman ages. Typically, the fertility decline begins slowly at the age of 30 and accelerates around the age of 37. It is very rare that women approaching age 50 or older conceive of a child naturally because older eggs can not be fertilized or implanted or stimulated by drugs as easily as younger eggs. Older eggs also have an increased risk of miscarriage and chromosomal abnormalities in babies.

Endometriosis is a common problem that occurs when the endometrial tissue, which covers the inside of the uterus, is found outside the uterus. This displaced tissue can implant and grow anywhere in the body, but is most commonly found in the abdomen area.

Endometriosis affects every woman differently. Some women have no symptoms, others have intense menstrual cramps, abnormal uterine bleeding, pain during intercourse and other symptoms. Women with mild endometriosis may experience a lot of pain, while those with severe endometriosis may not feel anything.

Endometriosis can hinder the fertility by causing the formation of scar tissue or adhesions that attach the ovaries, fallopian tubes, and intestine together. These adhesions can interfere with the release of eggs from the ovaries or the displacement of eggs in the fallopian tubes, reducing the chances of becoming pregnant.

Every month, the production of an egg that can be fertilized goes through a series of complex steps. Just one of these steps does not go as planned, and you will not be able to get pregnant. Many health problems can hinder or prevent ovulation, including:

A reduction in the quantity and quality of eggs makes it difficult to conceive of a child for a woman. Some women suffer from ovarian dysfunction well before menopause. Premature ovarian failure (PDI), or early menopause, occurs when a woman under the age of 40 stops producing eggs that can be fertilized. On average, natural menopause occurs at around age 51, but in women with PDI, menopause begins much earlier.

Ovulatory disorders are the most common cause of infertility in women. The good news is that many of these issues can be addressed.

Polycystic ovary syndrome (PCOS), also known as Stein-Leventhal syndrome, is a hormonal disorder. This is one of the most common hormonal problems in women of childbearing age. Despite its name, there are usually no cysts on the ovaries, although some women may have a large number of small follicles visible on an ultrasound. Egg production is affected by hormonal imbalance. Some women with PCOS have irregular ovulation, often with fewer than eight menstrual cycles a year. Other women with PCOS may have more than one bleeding period a month and each period may last a long time.

PCOS is sometimes associated with insulin resistance. High levels of insulin stimulate the production of androgens (male hormones) by the ovaries. Women with PCOS are also at increased risk for diabetes, heart disease and high cholesterol. In order to manage this problem, it is essential to have a healthy diet and regular physical activity.

A miscarriage occurs when a woman loses her baby before reaching the 20th week of gestation. This occurs in 15 to 20% of pregnancies and the risk increases with age. Most miscarriages, also known as spontaneous abortions, occur during the first trimester. If a viable fetus is detected (an ultrasound detects a heartbeat) in the first 12 weeks of pregnancy, the risk of miscarriage is less than 5%. If vaginal bleeding occurs after the detection of a viable fetus, the risk of miscarriage increases to about 20%.

The risk of having recurrent miscarriages varies enormously from one woman to another. Women who have completed at least one normal pregnancy have a better chance of having healthy pregnancies in the future, even if they miscarry. A complete evaluation is usually performed only after two or three consecutive miscarriages. In half of the couples whose wives are repeatedly miscarried, it will be possible to find the cause of these miscarriages and to treat it. A chromosomal abnormality of the embryo is the cause of most miscarriages. The cause is almost never associated with the health of the mother, although the risk of miscarriage increases in women over 35 years of age. From the age of 40, the risk of miscarriage is 35 to 40% and from age 45, the risk is more than 50%.

Repeated miscarriages could be caused by some of the following factors:

Unexplained infertility is defined as a period of infertility of more than three years during which sperm tests are normal, ovulation is normal depending on the measurement of basal body temperature or serum measurement of progesterone and Tubes and pelvic cavity are normal according to the results of laparoscopy, with or without a hysterosalpingogram (HSG). Patients with normal results and less than three years of infertility have a 60% chance of conceiving a child naturally within the next 18 months. After three years, however, the chances of conceiving a child are only 30% or less, depending on the age of the woman and the duration of the infertility. This figure means that there is about 3% chance per month or less.

Infertility associated with the fallopian tubes

The fallopian tubes play a key role in the process of fertilization and pregnancy. Damage to the fallopian tubes is involved in up to 25% of infertility cases in women. However, modern techniques now allow a large number of women with tubal damage to have a healthy pregnancy.