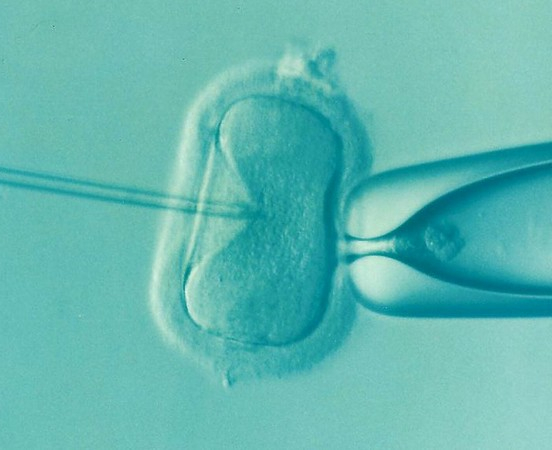 Dear patients,We are pleased to inform you that Minister Carmant has heard our calls for negotiations. In the coming weeks, we will have the opportunity to discuss various solutions with the Minister and, in doing so, ensure fertility clinics can honour their commitment to continue providing quality care for their patients. A heartfelt thank you for your support. Please be assured that we will keep you informed of any new developments.

UPDATE – Patients Procrea Quebec and Gatineau
As there has been no agreement to date with the Government of Quebec and we do not know the time before the resumption of activities covered by the RAMQ at Procrea Quebec and Gatineau, it is impossible for us to start the process. purchasing and receiving straws from an external supplier under the RAMQ reimbursement program.
If you are not eligible, the services are still available.
We still want a positive outcome with the Minister and we will keep you informed as soon as possible of any developments.

M.Lionel Carmant , and , M. Eric Girard issued an update on the program of medically assisted procreation that will come into effect on November 15th 2021.  You may visit the Government of Quebec website which outlines criteria for coverage and important information. https://www.quebec.ca/en/family-and-support-for-individuals/pregnancy-and-parenthood/medically-assisted-procreation/future-medically-assisted-procreation-program

You may also consult the national assembly website where the video is available for viewing  http://m.assnat.qc.ca/en/video-audio/archives-parlementaires/activites-presse/AudioVideo-92475.html?support=video

Over the coming days we will continue to provide information to your via our social media accounts.

We learned at the same time as you the start and the details of the program and will take some time to evaluate the announcement but will provide updates as soon as possible.

We ask that you kindly refrain from calling our clinics for specifics about the program and will provide updates as soon as possible.

Great news! The Procrea Fertility team is pleased to announce that, this Wednesday, the Quebec government tabled the much anticipated bill on the restoration of free access to certain assisted reproduction treatments. To read the article click here.

*** Please note that although the bill has been tabled it has not been passed. We don’t yet know the particulars of who will qualify or when it will come into effect. Please refrain from calling the clinic for more details ***

Our fertility specialists are at your side to carry out all your plans for family.

Despite the financial impacts of COVID-19, Quebec is staying the course on its promise to restore free in vitro fertilization (IVF) treatments, Le Devoir has learned.

According to our information, the Legault government will introduce a bill this fall aimed at giving free access to an IVF cycle by “parental plan”. Quebec estimates that this would allow it to reimburse 3,500 IVF cycles per year.

The desire to move forward with this electoral promise is very much present within the Coalition d’avenir Québec. “We definitely want to table the bill this fall,” insisted a government source.

A first draft of the piece of legislation, due to be tabled in the spring by ex-health minister Danielle McCann, has been slightly revised.

The file is now in the hands of the Minister for Health and Social Services, Lionel Carmant. Beyond the free first cycle of IVF, his teams are considering the possibility of keeping the current tax credit in order to reduce the costs of subsequent cycles.

This question is, however, “still under study,” said a source interested in the matter. The first draft of the bill, due to be tabled in March or April, provided for the maintenance of a form of tax credit.

The tax credit in force, described as “ineffective” and “unfair” by Premier François Legault, cost the Quebec government $ 6.1 million in 2019. As for the free first cycle of IVF , it was costed at $ 50 million by the CAQ, which made it an election promise in 2018.

The definition of what constitutes a “first cycle” of IVF continues to generate debate, and it risks fueling discussion about this bill. The process includes, among other things, the stimulation, removal and fertilization of eggs, followed by the transfer of an embryo. All treatments can cost up to $ 15,000.

Upon taking office, Minister McCann shared her desire to restore public coverage for IVF. It was in this spirit that she announced in May 2019 the creation of a group of experts in medically assisted reproduction. The minister said at the time that she felt she had “the duty” to support those who wish to have a child and she pledged to do so, “but in a concerted and structured manner”.

In the budget he presented in March, the Minister of Finance, Eric Girard, set aside an amount intended to restore free IVF. The sums entered there may be released if Minister Carmant’s bill is adopted.

The progress of this file has been compromised by COVID-19, which (among other things) resulted in the suspension of parliamentary work of the National Assembly. However, the will of the government is still there; “Absolutely,” said a source.

Quebec, however, does not wish to return to the “open bar” that was the assisted procreation program established by the Charest government in 2010. This expression was used by the former Minister of Health Gaétan Barrette when he put an end to the free program, in 2015. The elected liberal had notably denounced the ethical drifts associated with the selection of embryos.

The first free IVF program was announced ten years ago by Minister Yves Bolduc. It provided for the reimbursement of three cycles of fertilization. In 2014-2015, it cost the state about $ 70 million.

Since its abolition, Quebec has implemented the tax credit for the treatment of infertility. The state also reimburses nine rounds of insemination.

In an interview with Le Devoir in February, one of the members of the expert group set up by Minister McCann stressed the importance of taking into account the “cumulative cost” of this second exercise. The costs associated with multiple insemination attempts can be higher than an IVF attempt, argued Dr. William Buckett of the Reproductive Center of the McGill University Health Center at the time.

In a discussion about best practices in IVF, he said that “the ideal would be [to reimburse] two or three” cycles. However, Dr Buckett did not wish to reveal the content of the discussions that took place within the expert committee.

The Procrea Fertility team has a waiting list for people waiting for an official announcement from the government. Please send us your requests via our contact form or by directly calling the clinic nearest you.

The Legault government will table a bill in the spring to restore free IVF fertilization treatments, Le Devoir learned.

Amounts to finance this program should therefore be found in the budget of March 10th, so that the Coalition Avenir Québec (CAQ) can restore public coverage of in vitro fertilization (IVF) in 2020, as they promised to do.

The CAQ was committed during the electoral campaign to allow infertile couples in Quebec to have access to an IVF cycle for free. Francois Legault’s party, which had estimated this promise at around $ 50 million, was also open to the possibility of repaying a second cycle.

However, he insisted on the importance of «controlling the costs» of a public program, which was abolished in 2015 after being called “open bar” by the then Minister of Health, Gaétan Barrette.

Such control would notably involve the abolition of the tax credit – described as «ineffective» and “unfair” by François Legault – and for which Quebec increased $ 6.1 million in 2019.

A committee of experts

Since taking office, Health Minister Danielle McCann has reiterated that she wants to restore public coverage of IVF this year. It is in this spirit that she announced, in May 2019, the creation of a group of experts in medically assisted procreation. The minister then said that she believed that she had «the duty» to support those who wish to have a child and she undertook to do so, «but in a concerted and structured manner».

Le Devoir spoke with Dr William Buckett, who sits on the committee set up by Quebec. At the outset, the physician at the Reproductive Center at the McGill University Health Center noted that the committee’s discussions were confidential. However, he agreed to talk about what he “believes to be best practices” regarding public coverage of IVF.

«We expect, as soon as the program is implemented, that there will be a big boom» —Céline Braun

Dr. Buckett said he hoped the new program would cover at least one IVF cycle. «The ideal would be two or three,» he said. «After three [IVF] attempts, the success rate is lower. There is not much benefit in trying four, five or six times. »

Currently, Quebec reimburses up to nine artificial inseminations. But if «insemination is cheaper» per episode or per attempt, its «cumulative cost» may however be higher than an IVF attempt, said the doctor.

He pointed out that it has been shown elsewhere in the world that in cases where artificial inseminations and drugs do not work, “IVF is often the most effective way” to help a woman have a child.

According to Dr. Buckett, the new Quebec program should include an age limit for women. This is a more delicate question for politicians, he agreed. However, a lower age limit, such as 40, would be more financially beneficial to the government, he said. «The success rate among those under 40 is really higher in IVF. So it will be more cost effective. »

«With such an age limit, the government would send the message to the public that it is better to try sooner» said the doctor. In his practice, 35-year-old patients wait for a government program to be announced before undergoing an IVF cycle, he said.

The president of the Quebec Infertility Association, Céline Braun, made the same observation. «[There are] clinics [that] have started waiting lists, waiting for the program» she noted. «We expect, as soon as the program is put in place, that there will be a big boom. »

Celine Braun is not part of the expert committee set up by Quebec. However, she did participate in two meetings last year with representatives from the Ministry of Health. She told them about the expectations of her organization, which would like Quebec to pay for three inseminations and two IVF cycles.

During the electoral campaign, the CAQ said of this second cycle that it could make «the difference for many couples». In a short interview with Le Devoir, Minister McCann’s press secretary refused to say whether Quebec intends to favor this route. «Our government has made a commitment to bring back IVF and it is our intention to respect it,» said Alexandre Lahaie.

The Procrea Fertility team is opening a waiting list for people waiting for an official announcement from the government. Please send us your requests via our contact form or by directly calling the clinic nearest you.