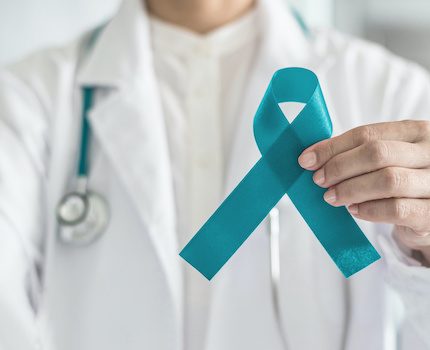 Polycystic ovary syndrome, also known as PCOS is a hormonal disorder in relation with women’s male hormone levels. The amount of androgen is in fact highly produced and that causes an imbalance regarding their levels. What are the causes and symptoms of PCOS? When should you get an appointment with a doctor? These are the questions we are answering in this article.

One study shows that up to 70% of women with PCOS did not get diagnosed since they weren’t aware of their condition. This has a direct link with the fact that a lot of sources confirm the causes of PCOS are still unknown. Since PCOS comes from androgen excess, it can be related to some factors like the level of the hormone itself, genes, insulin resistance and a high inflammation (low grade chronic inflammation), which have been linked to the excess production of this male hormone.

PCOS is common for women of a reproduction age, but signs and symptoms are often developed around the first menstrual period during puberty. It also can be developed later, in reaction to substantial weight gain, or discovered after having trouble getting pregnant.

Here are the most common signs and symptoms of PCOS:

Symptoms can vary and some women may notice:

When to see a gynecologist

Women need to see a doctor when:

In the event of confirmed PCOS, regular medical visits and tests to monitor certain complications such as diabetes or high blood pressure are necessary.

Our specialists at Procrea Fertility are there to help you. Contact us to make an appointment with one of our doctors if you are concerned about PCOS and its symptoms.